In 2012, a group of artists came together to create New World Shakespeare Company, a theater troupe dedicated to bringing the bard's work alive in fresh and innovative ways to make classic theater just as relevant and evocative in our modern world as it was in the days of William Shakespeare. The first NWSC production was Romeo & Juliet featuring two women in the titular roles, which set the stage for a decade of diversity and acceptance of all people.  In their tenth anniversary season, the company is producing their first Shakespearean repeat with a new and unique Romeo & Juliet.

“Love is not just for 14-year-olds”, says producer/director, Blayne Wiley. “We wanted age to be part of the inclusivity that we as a company stand for.”

In this well-known story of love and death, all the traditional elements of romance and tragedy remain.  But in the NWSC version, Romeo and Juliet are older, their adult children are the one’s who object to their coupling and the familiar characters all live together in an assisted living facility.

Romeo & Juliet contains suggestive humor, verbal abuse, violence, death, and suicide and may not be suitable for all viewers. New World Shakespeare Company and this production are proud to support Live On Utah & the Utah Crisis Line in association with the National Suicide Prevention Lifeline.  If you or anyone you know has thought about or are considering suicide, please call the National Suicide Prevention Lifeline at 1-800-273-TALK (8255) or text the Crisis Text Line (text HELLO to 741741).  Both services are free and available 24 hours a day, seven days a week. Calls are routed to the Lifeline center closest to your area code that can provide you with local resources. All calls are confidential.

Romeo & Juliet will be performed at The Box at 124 South 400 West, Salt Lake City, UT in the Gateway Mall. Audience members are asked to properly don a mask throughout the duration of the show for COVID safety precautions and it is preferred that all in attendance be vaccinated. The run time for the play is approximately 2 hours. Tickets are $20. Tickets may be purchased at the door or pre-purchased at newworldshakespeare.com 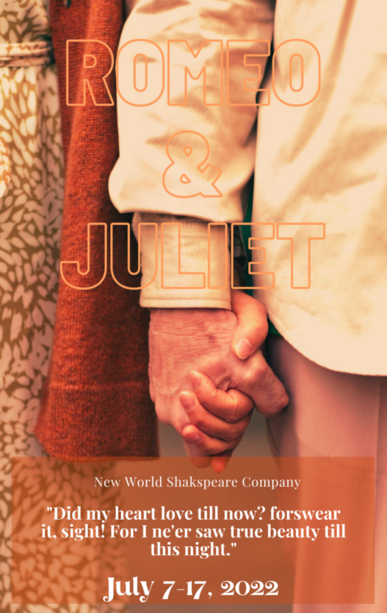 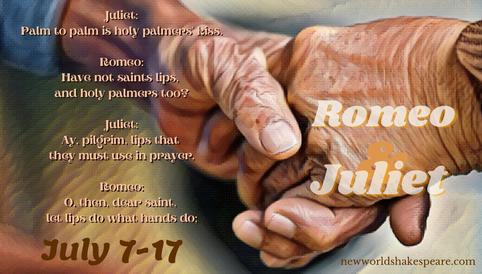 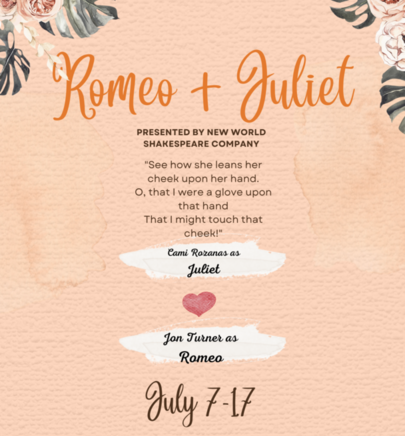 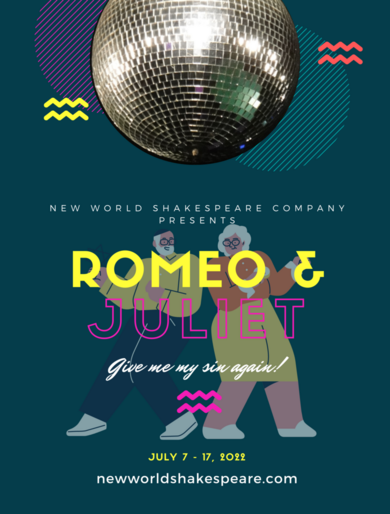