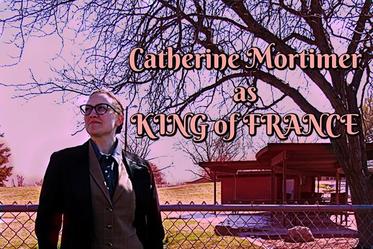 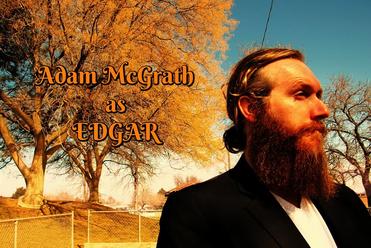 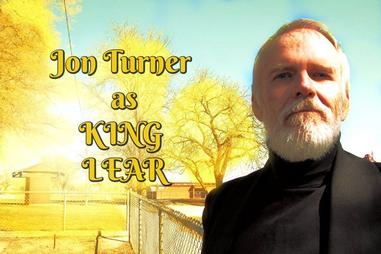 Bill Shakespeare had a vision when he wrote the part of Edgar. He imagined a man that could run with the bulls, punch a hole or two in the moon, seduce women with a simple twitch of his lips and arch of his eyebrow. He envisioned someone that had the solutions of the world's problems swirling about his brain and could communicate with animals. None of these things describe Adam McGrath. Instead, Adam is a recovering vampire. He walks in the sunlight with 10,000 SPF sunscreen to protect him from the sun's rays. This is down from 100,000 SPF. He feels that some day, he will be able to walk on the sun. He made his first appearance in the acting world as Slave Number 2 in George Lucas' version of the Last Temptation of Christ. Adam felt especially prepared for the role as he happened to be walking by when Jesus was actually crucified. Later, he appeared in the stage version of Mary Poppins. 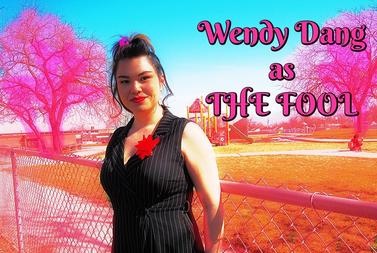 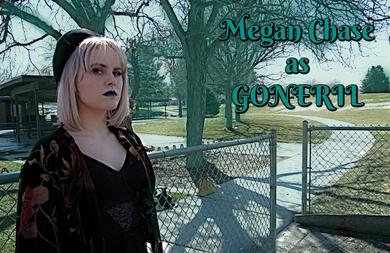 Wendy Dang as The Fool!

1. In a large mixing bowl add the butter and sugars. Mix until fluffy.
2. Add in the large egg, vanilla and mix until combined.
3. Add the flour, baking powder, and salt. Mix until combined.
4. Pour in the chocolate chips and mix as gently as possible. Keep dough light and fluffy.
5. Divide the dough rounded balls.
6. Chill the cookie dough for at least 30 minutes. Preheat the oven to 375 during this time.
7. Bake the cookies for about 18 minutes. The outside will be golden brown. 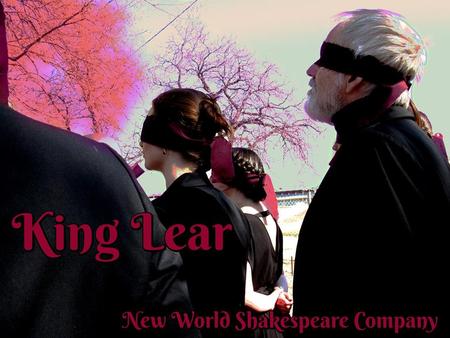 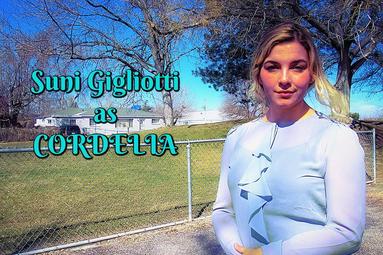 Catherine is just thrilled to be in this company’s production of Cats! Having only had arthropodic roles to her name, it's been a wonderful opportunity to expand her range. She would like to thank Bast, Felix, and Cecil, as without their never ending support none of this would be possible.

After getting mixed up with the wrong crowd, the Sharks and Jets, Kristina decided to turn her life around and give it to local Shakespeare troupe, which teaches her such life lessons as to "don't poke eyes out, don't let your Dad play out in the rain, and never poison your sister."
Join us in spreading our message to fight obese children with literature.

Meet the cast/crew of King Lear​ 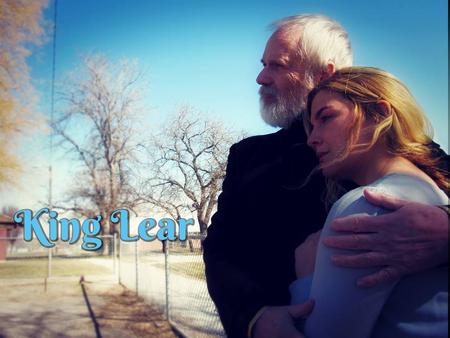 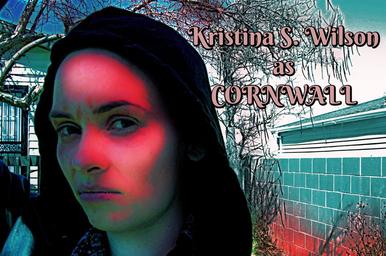 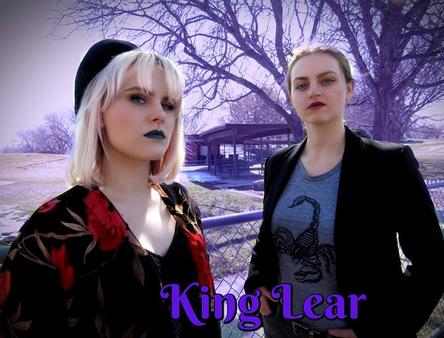 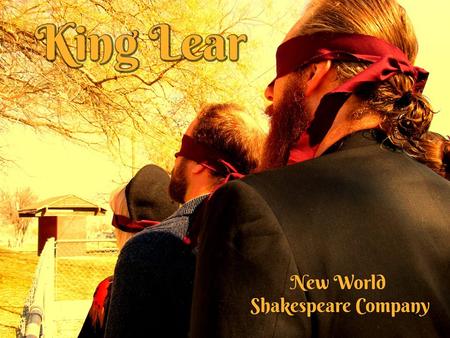 Christopher burst from his cocoon as a fully formed adult man. Unfortunately, he had no work experience and so turned to acting to support his food habit. When not eating, acting, condemning the evils of capitalism, or writhing in unimaginable agony, Christopher likes to sit and ponder the endless void. And also play with Iegos (they’re like Legos, but not copyrighted). Praise the Old Ones! 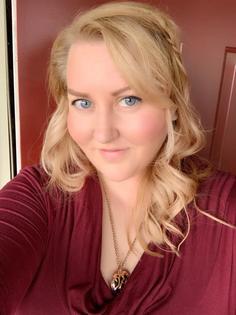 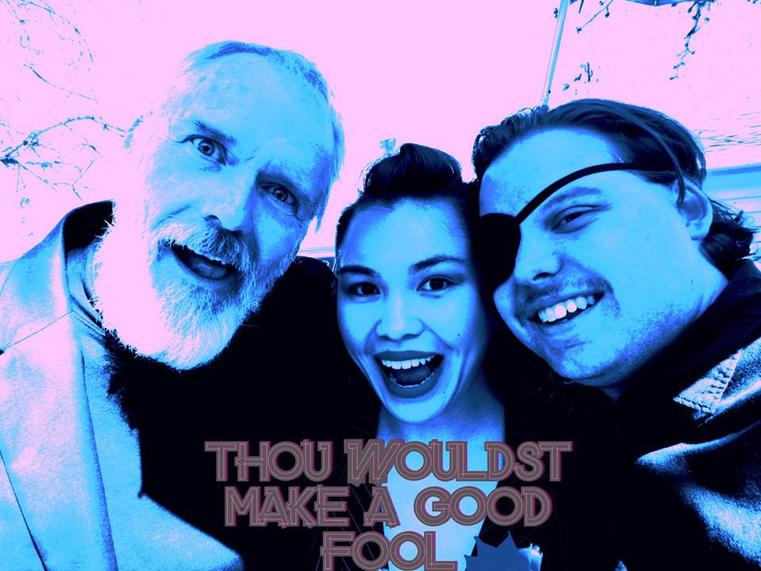 Kallie Filanda is definitely not a trained assassin, no siree! And she definitely hasn’t been hired to pose undercover as an actor in King Lear for her latest hit job. And why would you even suggest that her target is one of her fellow cast mates? What an insane notion! Kallie’s hobbies include not killing people, generally being a non-murdery type individual, and playing the recorder. If you asked her the quickest way to incapacitate a foe, she would just shrug her shoulders and reply “Gee, I don’t know! That’s something I’ve never thought about in my whole life!” Her favorite movie is Ferris Bueller’s Day Off and her weapon of a choice is a sword, though she obviously isn’t highly trained in using one. And don’t worry if you happen to see her sneaking around at night in all black clothing with various lethal weapons on her person, she’s just “getting into character." 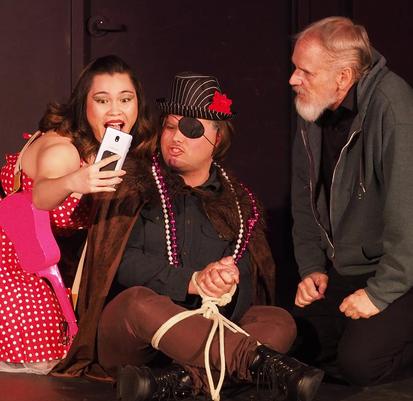 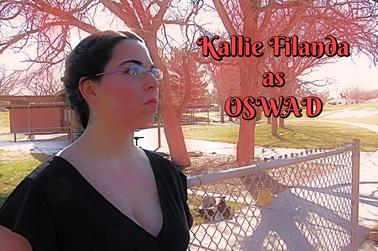 Suni, actor, blonde hair, brown eyes, age 6, went missing today. She was last seen impersonating Don Knotts to scam old people who don’t know that Don Knotts is dead. She’s been making funny faces on stages here and there, most recently at Miss Cleghorn's Academy for Refined Young Ladies Who Wish to Gain Some Chill. In her spare time, Suni plants tulip bulbs in window seats and rocking horses. If you have any information regarding Suni's whereabouts, please post a snide comment on YouTube and wish there was more you could do. 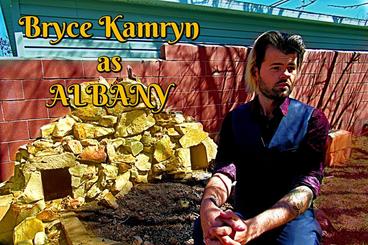 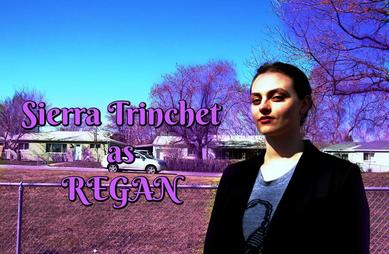 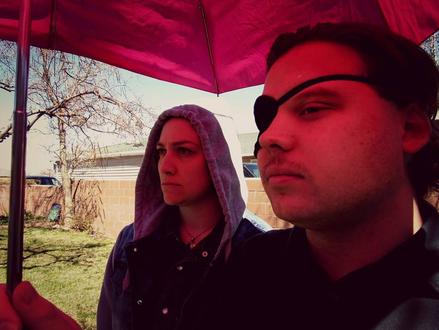 Bryce Kamryn (witness protection program requires the use of that name), was a renowned member of the lesser known Lithuanian mafia. After cutting a deal with the US government he has since resided here in Utah. With all the free time on his hands, he uses his mastery of disguise to beguile audiences of local community theater here. He hopes one day soon to be able to start working on his lifetime aspiration of swimming up the Niagara Falls. Keep your eyes peeled folks, one day he will do it. Till then, he hopes you enjoy this performance of King Lear. 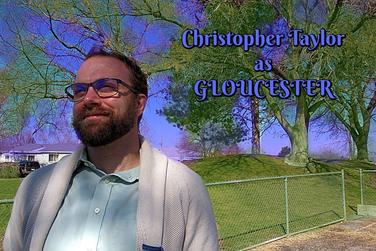 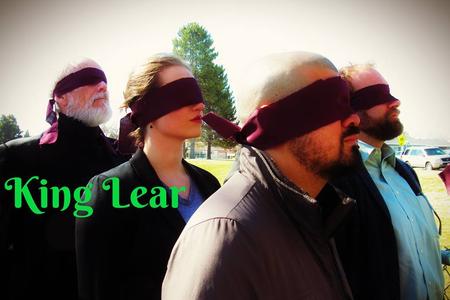 Megan has taken a break from her busy and fulfilling career as a world-renowned toe model and heiress to the Axe Body Spray empire to grace this little production of King Lear with her presence. You’re welcome. 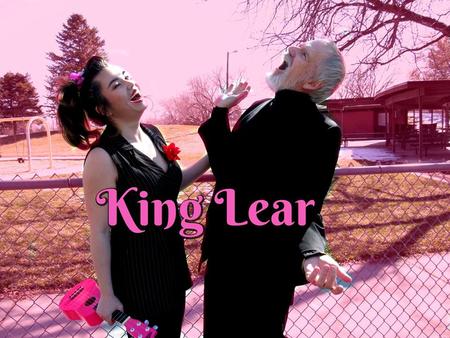 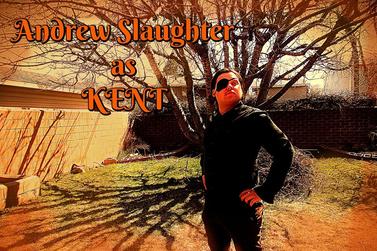 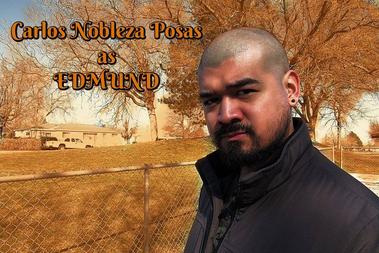 Welcome to the ‘sclusie on Sierra. In her free time, she sells seashells by the seashore. (She admits that it’s a terrible business model.) Often, she can be spotted gazing out across the waves, muttering “Teach a man to fish, you’ll feed him for a day. Make a man a fish… and watch him swim away.” And then she turns to any woman in her vicinity, gets deep in their personal bubble, and making, like, way too much eye contact, murmurs, “And I pray that you do.” She would like you to scream “GEOSTORM!” during the curtain call.

Elise learned the ancient art of the Staring Contest with the master of extended gazes, Rudolph VanStoopdelipher atop a mountain in Guam. She was very nearly defeated by Shropshire Buff in one such contest, but he was disqualified when it was discovered that he had used steroid-infused eye drops prior to opening up his baby blues. Elise took home the trophy that night—a giant eyeball—and celebrated with her pet goat Abraxus.

You might have seen Jon recently as the invisible man in our production of "The Invisible Man Dresses Up!" Some of his favorite roles include Sheba in "Come Back Little Sheba", Mr. Spinalzo in "Arsenic and Old Lace", and Godot in "Waiting for Godot". When not acting, Jon enjoys running barefoot and catching brine shrimp on green air quality days!

“I saw Carlos Nobleza Posas perform during the 1929 April Festival at the world’s finest bullfighting ring, its white walls poking out of the clay more cleanly than any bone exposed therein. He had the unenviable task of following the artist Juan Belmonte, who was undisputed when it came to the sword and death blow. Posas’ matador suit, of black sequins and gold cables, flashed again and again as he squared off against the biggest Miura I had ever seen; eventually, they both lay dead in the sand. His maneuvers ended in an earthquake that day, and his courage is one I still feel like an aftershock — finite but foreboding.”