JON TURNER (Julius Caesar) This is Jon's fifth role with the NWSC.  He was last seen as Polonius in our production of Hamlet.  Although born in Utah, he lived most of his life in Washington state where he studied theatre and film and worked in the shipping industry.  When not chewing the scenery, Jon enjoys hiking and biking and going to the movies

DAISY SHERMAN (Octavius) is delighted to be making her debut with New World Shakespeare Company!  Favorite credits include Under Construction, The Apple Cart, Stage Door, Legally Blonde, and others at Salt Lake School for the Performing Arts, as well as multiple years competing in the Utah Shakespeare Competition in Cedar City.  In addition to acting, Daisy’s other interests include writing, making comics, baking, and learning languages.  Her proudest accomplishment to date is her ability to fit fifty miniature marshmallows in her mouth at one time.  Daisy is a senior in high school and looks forward to performing in more local shows in the future while she attends college in Utah next year.

RYAN GOLDING (Mark Antony) Ryan was born and raised in Provo Utah.  He moved to Salt Lake to attend the University of Utah.  Where he earned an English degree, with an emphasis on English Renaissance literature.  While in school Ryan stared in several student films, while also participating in one play.

PAUL CHAUS (Marcus Brutus) Paul is a graduate of the University of Utah's Actor Training Program with a BFA in theater. He would like to thank his family and friends for their support in his career choice and also being there to lend a hand.

GABRIELLE NEAFSEY (Caius Cassius) Gabrielle is excited to be back for her third show with New World Shakespeare Company, having previously appeared in Macbeth and Love’s Labour’s Lost.  She is currently pursuing a B.A. in Theatre Studies at the University of Utah.  Her most recent performance was in the Empress Theatre’s production of The Pirates of Penzance, in which she played Edith and understudied Mabel.  Favorite past roles include the Evil Queen in Snow White and the Seven Dwarfs, and the title character in The Diary of Anne Frank.  Gabrielle would like to thank her fellow cast members for being so much fun to work with, Blayne and Dustin for believing in her, her friends and family (you know who you are) for their encouragement and support, and finally, her dear Bryce.  For everything.

TONYA BUDGE (Casca) Tonya was very honored that once again she was chosen to be in a New World Shakespeare Company production. She was previously Biondello in Taming of the Shrew. She is humbled by the faith that her director has in her. She wants to thank her family for once again supporting her in this journey. And she is thankful to Dustin and Blayne for believing in her. So, raise your glass and enjoy!!!

MIN PIKE (Cinna) A procrastinating pro, Min has been doing everything last minute since she packed up that placenta and exited utero.   This ginger joined our cast in the last stages of rehearsals as she is want to do everything in her own time. She will become Utah's very first middle aged ginger super hero "Grammar Girl".  She's so thankful to the rest of the cast and all of New World Shakespeare (except Eric Leckman) for putting up with all of her shenanigans as always.  And for meeting the rigorous demands of her contract riders. Min thanks you for coming to see this production as well.  Go ahead, give yourself a pat on the back from Min.

AARON HARDING (Calpurnia) Aaron has previously performed with New World Shakespeare in their performances of A Midsummer Night's Dream and MacBeth. He would like to thank all of those that have supported and believed in him, specifically his family and Erin.

TRULY MAXWELL (Portia) This production is putting Truly back in touch with her roots as she has not acted theatrically since she was young. She has a bloodline of theatre. Her grandmother, Shirley Lauritzen wrote, directed, costumed and dressed sets for many plays and roadshows both in California and in Utah. As did her mother, Content Maxwell, who was the founder and director of The Children's Theatre after school program at their grade school. There, Truly took part in plays and most memorably played Santa Claus in the Snowflake County Court. She performed in the chorus for her high school's production of Pirates of Penzance but never really explored her acting side. In 2007, while working at a talent agency, she was cast in a McDonald's commercial that aired in France. During this time, she began attending The Actor's Lounge for a few short months with local producer Rob Diamond. This production has awakened her inner actress. "I would like to thank my dear friends Blayne ad Dustin for drawing out my potential and insisting that I audition for this. My amazing parents and siblings for encouraging me to get out and do something for myself and for being willing to watch my baby so I could go to practices and performances. My Love, Dan for running lines with me, supporting my efforts to get out of my comfort zone and being my fan. And for my sweet Araeya for inspiring me to be better every day."

TRACEY HARTMAN (Metellus Cimber) Tracey is 26 years old. This is her triumphant return to the stage for the first time since 2007, as she has been living under a rock in the backwoods of West-by-god-Virginia. She has acted in several productions, and her passion is musical theatre. She can often be found bursting into song at highly inappropriate times. She is a lover, a fighter, and a conqueror, but above all she is the captain of her own soul.

ELISE C. HANSON (Soothsayer) Elise is over-the-moon about being able to play the Soothsayer, and is grateful for the opportunity Blayne and Dustin have given her to do so. She has performed in several companies throughout the valley, and is currently having two of her original plays produced by The Hive Theater Company and Wasatch Theatre Company.

DAVID BRUNER (Light Design/Stage Manager) has been working as a lighting technician for over 75 years in the Salt Lake Valley. He remembers the day when candles had to be used instead of these "fancy electric thingamajiggers." He is very concerned about safety, so much so that he once chained a ladder to a rod so that the poor thing wouldn't fall and do itself a harm. He is very glad to be a part of this production.

For New World Shakespeare Company’s first political drama, we wanted to do something a bit experimental.  We decided that the story of Julius Caesar reveals the nature of humanity in a way that would give us an opportunity to create an artificial society, set in the near future, were we could explore gender, self-identity and what it is that makes us who we are.  What we find from this story is that even a in a homogenous society that strives to be equal in every way, to the point of the suppression of individual identity for the sake of sameness; individual range of emotion and differentiated action still emerge.  Human behavior is basically the same no matter the context.  We love, we fight, we yearn, we fear, we succumb to less-than noble actions and we rise above the most difficult of circumstances.  The unique characteristics that make each individual who they are; gender, race, age, culture, sexuality, self-identification, etc. are the very things that give our society a richness of culture and experience.  No one has to conform to any prescribed way of being in order to accept people for their own self-manifestation.  We can argue about language, access, rights, and openness as long as we cultivate on-the-spot empathy for those who express themselves with novelty, variety and diversity as well as those who choose familiarity, consistency and conformity.  We do not lose our own individual identity when we accept the right of every individual to live their lives according to who they are discovering themselves to be.

Thank you to the New World Shakespeare Company for being a safe place for all people to explore creativity and art.  I never dreamed that in my life I would be a part of such an amazing community of great, compassionate and talented people.

Thank you, Mom, for igniting this theatrical spark in me at a very young age and for always believing in me and helping me believe in myself.  Thank you, Gaylyn for demonstrating unconditional love and simple dignity all the way to the end.  And finally, mostly, thank you, Dustin: my husband, my friend, my lover, my muse, my soul mate, my heart, my life, thank you for always being there for me, for trusting me, and believing in me.   Thank you for choosing love and for choosing me.

NWSC Gives Special Thanks To… 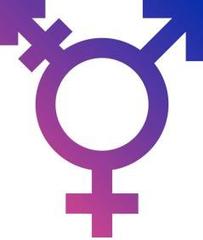 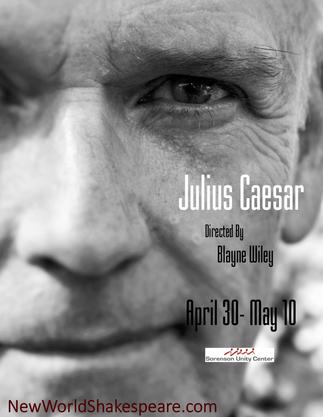 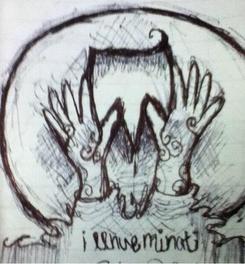 All tickets purchased through this website may be picked up at will-call on the night of the performance.